All of the phones on our list of the top smartphones under  Rs 30,000 in India for the first time are 5G-compatible.Most of the phones on this list are flagship-killers because they have a lot of processing power, beautiful designs, bright, high-resolution displays, dependable cameras, and more.To get a clear view we have hereby proved top smartphones under 30000 in India.

The new Dimensity 1200 chip from Mediatek, which offers a great price-to-performance ratio, also dominates the list.It’s time to meet the best of the bunch this month for less than Rs 30,000.

Smartphones priced between Rs 20,000 and Rs 30,000 will see tremendous growth in 2022.It is most likely India’s fastest-growing smartphone market.Over the past year and a half, the average selling price of smartphones has increased due to rising input costs.

As a result, phones that were once available for less than Rs 20,000 now cost between Rs 23,000 and Rs 25,000.The majority of good mid-range and value premium smartphone segments are now selling for less than Rs 30,000, demonstrating the impact on recently released phones as well.

The smartphone only weighs 189 grams, according to OnePlus.It has a 4,500mAh battery and can be charged with 65W Warp.,The box contains the charger.It has a triple camera setup at the back, with a 50-megapixel primary camera with optical image stabilization (OIS), an 8-megapixel ultrawide angle camera, and a 2-megapixel monochrome camera.

The Nord 2 is available with 6GB, 8GB, or 12GB of RAM and a MediaTek Dimensity 1200AI processor.OnePlus offers storage options of 128GB and 256GB, but neither of these is expandable. Like other OnePlus smartphones, the Nord 2 has OxygenOS and Android 11 as its operating system.Software updates for two years and security updates for three years are also included.

The Nord 2’s camera works well for the money.The shots taken with the ultra-wide angle camera aren’t great, but the daylight photos are good.The Nord 2 does a great job of taking portrait and close-up shots.The phone’s low-light camera performance was also good, and the Nightscape mode allows for better low-light shots.The OnePlus Nord 2 is a good option for a person on a budget in general.

The Bokeh Flare Portrait filter in the camera app, 65W fast charging, and a high refresh rate AMOLED display are just a few of the features that the Oppo Reno 6 shares with the Pro model.Although it appears to be working in its favor, the design gives off a strong impression of the iPhone 12.It looks great on the 6.42-inch AMOLED display.It is said to have a peak brightness rating of up to 700 nits, a Corning Gorilla Glass 5 display, a full-HD+ resolution, and a refresh rate of 90 Hz.

According to Oppo, this is the first smartphone in India to feature the MediaTek Dimensity 900 SoC, which is powerful enough to handle everyday tasks and games at full-HD+ resolution.Although the 4,300 mAh battery capacity may not seem like much, I was easily able to use it for more than a full day on a single charge with daily use.The Oppo Reno 6 does not have the Reno 6 Pro’s rear depth camera, but it does have the same sensors on the front and back.

The Xiaomi Mi 11X has a powerful Qualcomm Snapdragon 870 SoC for a price that is surprising low, but the camera quality is sacrificed.This phone is great for gaming and entertainment, but it only takes about average photos and videos during the day and performs very poorly in low light.

You get a big, bright, and vivid 6.67-inch 120Hz full-HD+ display as well as a battery that will easily last you a whole day.There are also some premium touches such as Gorilla Glass 5 on the front and back, an IP53 rating, and stereo speakers.

The Mi 11X is available with 6GB or 8GB of RAM, but the storage capacity stays the same at 128GB.Videos display well on the screen and games run smoothly.The 48-megapixel main rear camera is usable, and the 8-megapixel ultra-wide camera is much less good. However, the surprising standout is the 5-megapixel “telemacro” camera, which lets you take some very creative photos.

Shortly after the X7 Pro 5G, Realme released the new X7 Max 5G, which features a much more powerful SoC at a lower starting price.Gaming and general productivity benefit greatly from the Dimensity 1200 SoC.The retail box includes a 65W charger unit, a 4500mAh battery, and 50W of fast charging.

The battery should last well over a day on a single charge, which is excellent.The screen on the 6.43-inch Super AMOLED is sharp, but not the best we’ve seen.Video games and movies are more enjoyable with stereo speakers.The default apps for Realme UI do display some spam notifications, but there are also many features.Overall, the cameras are disappointing, particularly in low light.Additionally, you might not like the low-quality plastic rear panel.

Despite having a polycarbonate back panel and mid-frame, the iQoo 9 SE feels and looks very high-end.Although there is no official IP rating, you get two high-quality stereo speakers that sound great while playing games and streaming video.

The phone has a display that is both HDR10+ certified and has a 6.62-inch 120Hz Super AMOLED display, both of which produce vivid colors and are uncommon in this price range.
The software on Android 12 runs smoothly, but the phone comes with too many third-party apps preinstalled.

In our tests, the Qualcomm Snapdragon 888 SoC’s gaming performance is outstanding, as is the 4,500mAh battery, which lasted a day and a half on a single charge.
The camera’s daylight performance is impressive, but we expected more from the ultra-wide-angle lens.The iQoo 9 SE also takes good macro shots, and selfies taken in any lighting situation turned out well.

There are numerous good reasons why the Mi 11 Lite is one of the most talked-about smartphones in the category.First and foremost, the phone is light and thin.In addition, the phone has a premium design, an IP53 rating, and Gorilla Glass 5 on both the front and back.

The display on the phone has a refresh rate of 90 Hz, and the primary 64 megapixel camera on the back is the most prominent one.Although the chipset is a little out of date, the Mi 11 Lite won’t slow down in normal use unless you play a lot of games.This is one of the best top smartphones under 30000 in India.

Which Indian smartphone is the best for under 30000?

Which smartphone should you buy in 2022?

The Mi 11X from Xiaomi is still one of our top recommendations for 2022. It was one of the best smartphones to launch for less than Rs. 30,000 last year.In a similar vein, the OnePlus Nord 2 is an excellent all-arounder for the money, offering something in nearly every area.

If that’s what you want to spend on your next phone, you have a lot of options from which to choose.There are some outstanding phones in the sub-30K price range that feature modern designs, powerful cameras, and long battery life.We have selected the best options that are available in this article.

Review of the Samsung Galaxy Buds 2 Pro:Everything about the ecosystem

Will the iPhone SE 4 be special? Here’s everything that you need to know 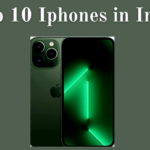