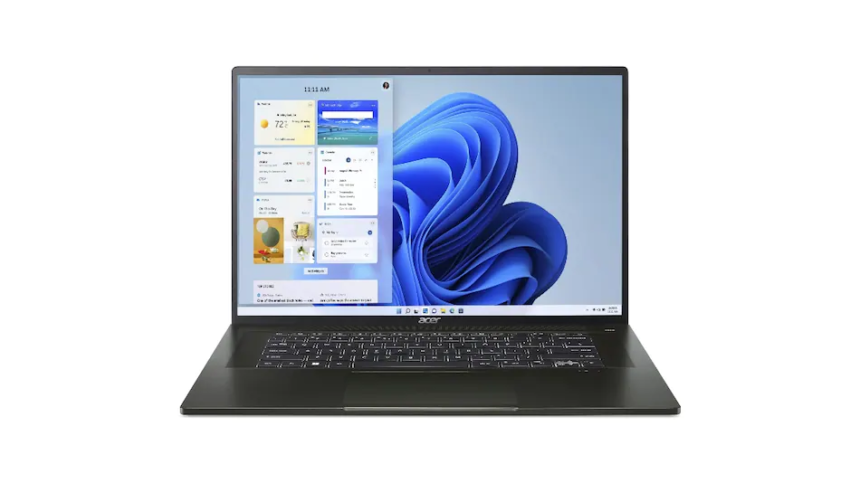 The “Swift Edge” laptop from Acer was unveiled today in India. The AMD Ryzen Pro CPU powers the brand-new Acer Swift Edge, which has a 16-inch 4K OLED display. According to Acer, the Swift Edge laptop is the world’s lightest 16-inch laptop. It is only 12.95 millimeters thick and weighs just 1.17 kilograms.

The Acer Swift Edge laptop also comes equipped with the Microsoft Pluton security processor, which, according to the manufacturer, is intended to assist users in defending themselves against increasingly complex cyberattacks.

The new 16-inch Swift Edge laptop from Acer can be purchased on store.acer.com and Amazon India in a single Olivine Black color option for the starting price of Rs 124,999.

First, let’s talk about the design. The Acer Swift Key laptop is made of an aluminum alloy that, according to the company, weighs 20% less and is twice as strong as regular aluminum. The newly released laptop has a 16-inch 4K OLED display with up to 400 nits of brightness, is 12.95 mm thin, and weighs 1.17 kg.

The octa-core AMD Ryzen 7 6800U processor in the Acer Swift Edge has a base clock speed of 2.7GHz and a turbo clock speed of up to 4.7GHz. AMD Radeon graphics are also integrated. This Acer laptop has 1TB of PCIe Gen 4 NVMe SSD storage and 16GB of LPDDR5 RAM. In addition, there is a power button and fingerprint sensor and a Microsoft Pluton chipset present on board for improved security.

Dual stereo speakers and a full-HD webcam are included in the Acer Swift Edge. It has Temporal Noise Reduction (TNR) technology for great low-light image quality. Additionally, the laptop features Acer PurifiedVoice with AI Noise Reduction technology, which is said to enhance video calling. It has a backlit keyboard with international language support and a multi-touch touchpad.

What exactly is the Acer Swift edge’s 4K OLED display?

The Acer Swift Edge’s 4K OLED display has a peak brightness of 500 nits for movie-quality visuals and supports 100% of the DCI-P3 color gamut. It is equipped with the Microsoft Pluton security processor to assist in the fight against increasingly complex cyberattacks.

What is Acer Swift edge?

The “Swift Edge” laptop from Acer was unveiled today in India. The AMD Ryzen Pro CPU powers the brand-new Acer Swift Edge, which has a 16-inch 4K OLED display. According to Acer, the Swift Edge laptop is the world’s lightest 16-inch laptop. It only weighs 1. 17 Kg and weighs 12 95 mm thick.

Which is the lightest 16-inch OLED PC in India?

Which processor is included in the Acer Swift key?

It is powered by the AMD Ryzen 7 6800U octa-core processor, which has a peak turbo speed of up to 4.7GHz and runs the 64-bit version of Windows 11. In addition, the AMD Ryzen Pro processor, Microsoft Pluton, and biometric authentication in the Acer Swift Key laptop are intended to safeguard personal data.

In India, Acer has introduced the Swift Edge laptop. It claims to be the lightest 16-inch OLED laptop in the world. The laptop has a 4K OLED display, an AMD Ryzen PRO CPU, and Wi-Fi 6E. The Acer Swift Edge has a 4K OLED display that supports 100% of the DCI-P3 color gamut and has a peak brightness of 500 nits. TUV Rheinland and VESA DisplayHD True Black 500 certifications are on the display. Review of the Asus ExpertBook B5 Flip: The solace of utilizing a compact PC
Next Article 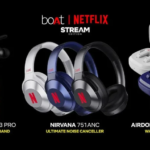 Boat Stream Edition, a line of wireless headphones and earphones inspired by Netflix, is now available in India: Every Detail
Leave a comment