Galaxy S23 may use Samsung-exclusive Snapdragon 8 Gen 2 processor .Despite Qualcomm’s official launch of the Snapdragon 8 Gen 2 a few days ago, some crucial details were left out of the announcement.There are two versions of the SoC, according to multiple Geekbench listings—one with a Cortex-X3 core running at 3.36 GHz and the other at 3.2 GHz.The former has been observed alongside the Vivo X90 Pro+ and the iQOO 11 Pro, while the latter appears to be exclusive to the Galaxy S23 series.

According to Ice Universe, the Snapdragon 8 Gen 2 that will be running on the Galaxy S23 series will also have a faster Adreno 740 GPU that will be clocked at 719 MHz as opposed to the 680 MHz unit that is found on the standard variant.These should give the Galaxy S23 a slight advantage over its rivals, even those with the same chip, in this regard.

Even though the MediaTek Dimensity 9200 is no slouch, initial benchmarks indicated that it was still behind Qualcomm’s massive machine.Adam Conway of XDA Developers and Kuba Wojciechowski of developer shed additional light on the baffling situation surrounding the Snapdragon 8 Gen 2 in a Twitter conversation.The official codename for the Snapdragon 8 Gen 2 is SM8550-AB.

The “-AB” tag, which signifies a revision, is not typically added to Qualcomm’s first-generation products.Ice Universe says that the Qualcomm Snapdragon 8 Gen 2 version of the Galaxy S23 may have the codename SM8550-AC.However, the chip Ice Universe is referring to could be the “original” SM8550, and the -AB revision could be an afterthought to add 32-bit app support. However, the “AC” tag is typically reserved for the mid-cycle refresh “Plus” versions.However, due to the fact that the Snapdragon 8 Gen 2 is the first of its kind in many ways, the usual naming convention may not apply here.

It’s possible that Samsung will receive a customized version of Qualcomm’s recently announced Snapdragon 8 Gen 2 chip, which could spell the end of Exynos for European consumers.We had always assumed that Samsung would use the most recent and greatest chip from Qualcomm when the Galaxy S23 lineup was released next year.

However, leaker Ice Universe suggests that there might be a few surprises in store.Beginning with the particular Snapdragon 8 Gen 2 version that Samsung will use.According to Ice Universe, Samsung will only use a special high-frequency version of the chip.The leaker’s screenshot appears to show a Galaxy S23 Ultra with a Snapdragon 8 Gen 2 processor running at 3.36 GHz.The fact that the chip that will be given to everyone else runs at 3.2 GHz suggests that something is going on here.

Is the Universe S23 Ultra a unique high-recurrence chip?
According to Ice Universe, Samsung will only use a special high-frequency version of the chip.The leaker’s screenshot appears to show a Galaxy S23 Ultra with a Snapdragon 8 Gen 2 processor running at 3.36 GHz.The fact that the chip that will be given to everyone else runs at 3.2 GHz suggests that something is going on here.

Will the flagship Qualcomm chips be the sole focus of the Samsung Galaxy S23?
Users of Exynos variants will have subpar experiences as a result, which has a significant impact on real-world usage.The Galaxy S22, which is powered by the Snapdragon 8 Gen 1 processor, was launched in more markets this year as a result of the criticism.Also, with the Samsung System S23 one year from now, the organization could bet everything on Qualcomm’s leader chips

Is Samsung Universe S23 the following Exynos?
TheElec sources claim that the majority of the application processors (APs) in the upcoming Samsung Galaxy S23 will be Snapdragon 8 Gen 2.Samsung is reportedly producing the next Exynos with a “two-track strategy – 4nm and 5nm,” as Qualcomm is likely to be the exclusive chipset supplier for the Galaxy S23 series.

Overall, the Samsung Galaxy S23 appears to be an incremental improvement over its predecessor.But since nothing is yet official, we advise you to take this information with a grain of salt.We will have to wait a few more months to learn more about the Samsung Galaxy S23, which is expected to be available at some point in the beginning of the following year. 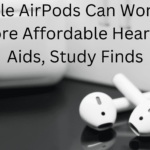